Home From Our Blog 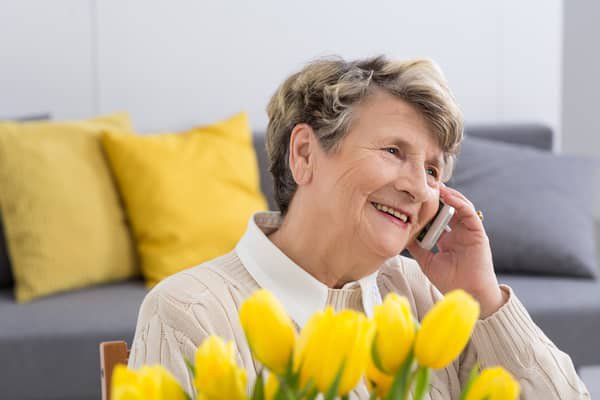 New Phone Line Hopes to Help with Loneliness Among Seniors

The Rural Ottawa South Support Services (ROSSS) is now offering a new phone line aimed at helping seniors in rural areas deal with loneliness. For the first time in history there are more seniors than youth.

The phone line called A Friendly Voice allows seniors to call in and reach someone at any time of day.

The Executive Director of ROSS Kelly Dumas says there is a real need in the area for this service. Loneliness has been called an epidemic in senior populations.

The new Canadian Longitudinal Study on Aging found that 1 in 3 women and 1 in 5 men over the age of 75 are socially isolated, which can have some of the same negative effects as smoking.

Dumas' hope is that A Friendly Voice will will help with this much-needed human interaction.

"There is such a large population of seniors who are lonely and isolated," she told CBC news. "We see this as open to anyone who is of senior age that just needs a friend."

Although the phone line is not a crisis line it is still operational 24/7, 365 days a year. Dumas says they have developed an extensive training program for those manning the line so they will be able to direct people to the right resources to handle any situation.

The phone line is available to anyone in the greater Ottawa area from Pembroke in the west, to Hawkesbury in the east. ROSSS has received a $750,000 grant from the provincial government that has helped get the line up and running and they hope to use it to help expand their reach.

Dumas says they hope to eventually expand the line to all of eastern and northern Ontario. The line is based on a similar service in the UK called Silver Line which fields 10,000 called in a week.

Leanne Van der Burgt of ROSSS was one of the first people to man the hotline last weekend. She says that all topics are on the table.

We do more than just the moving—we help you downsize, find a place to live and sell your home.